Lee Cole has steadily been making his musical presence known, one pristinely-produced pop song at a time. Catch him live at Blend Country Restaurant in Knysna during December.

Raised in Joburg, Lee Cole first gained attention in 2017 through his cover of the hit ‘Akanamali’ which has garnered over 320,000 views on YouTube to date. That same year, Cole released his first string of songs which saw rotation on a selection of SA’s biggest radio stations.

2020 was the big year for Lee as he released his breakout singles ‘I Don’t Wanna Wait’ and ‘Pink Dragons’ which saw him charting on major radio stations across South Africa - 947, KFM, Jacaranda FM, East Coast Radio, Algoa FM, Heart FM and OFM. Another highlight of the year included a performance for the Princes Trust.

He released ‘Honey, Let Me In’ as his first single of 2021 and once again raced into the radio charts across SA with success on 5FM, KFM, Good Hope FM (peaked at #1), OFM, Algoa FM (peaked at #1) and more! He performed at the SAFTAs (South African Film and Television Awards) in April 2021 and continued the success throughout the rest of the year with the release of ‘Emotional’ (charting on Good Hope FM, Jacaranda FM, 5FM, OFM, etc) and most recently ‘Cold’ (currently on the 947 TOP 40 chart).

Lee steps into 2022 with a string of hit singles following 2 years of incredible success, topping charts across radio. 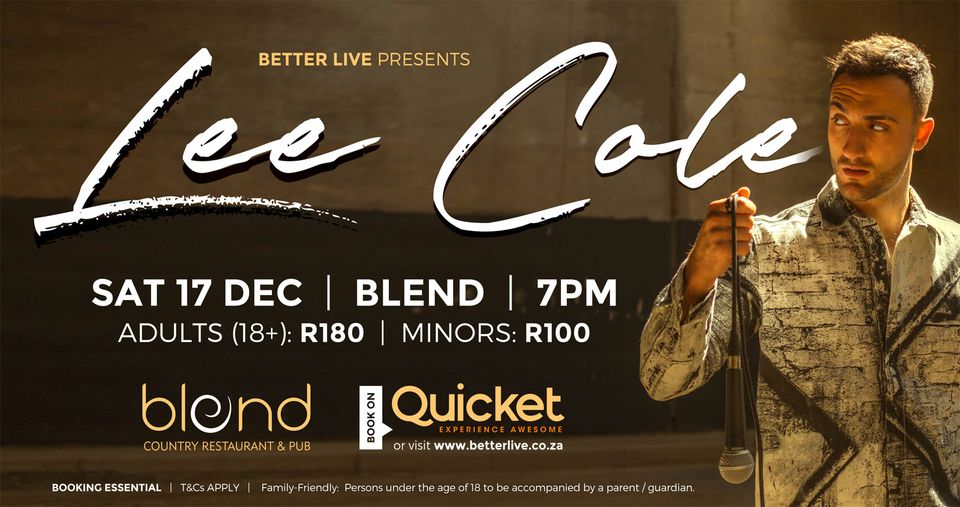