Catch three of the Western Cape's hottest indie acts live at The Node in Knysna on the Wednesday the 14th of December 2022!

Come and enjoy the vibe, have something to eat and drink and maybe have a little wiggle on the dancefloor. Music by Kloudink, Year of Dogs and Mathew Rodriguez!

Kloudink are an indie rock band from the Garden Route. Boasting an energetic live set that will get you on your feet!
Year of Dogs are an indie funk/disco band hailing from Cape Town. The four piece have been making waves in the live scene following their release of their debut EP.
Mathew Rodriguez is a bedroom pop artist from Wilderness. Blending soulful croons with jazz & indie influences. 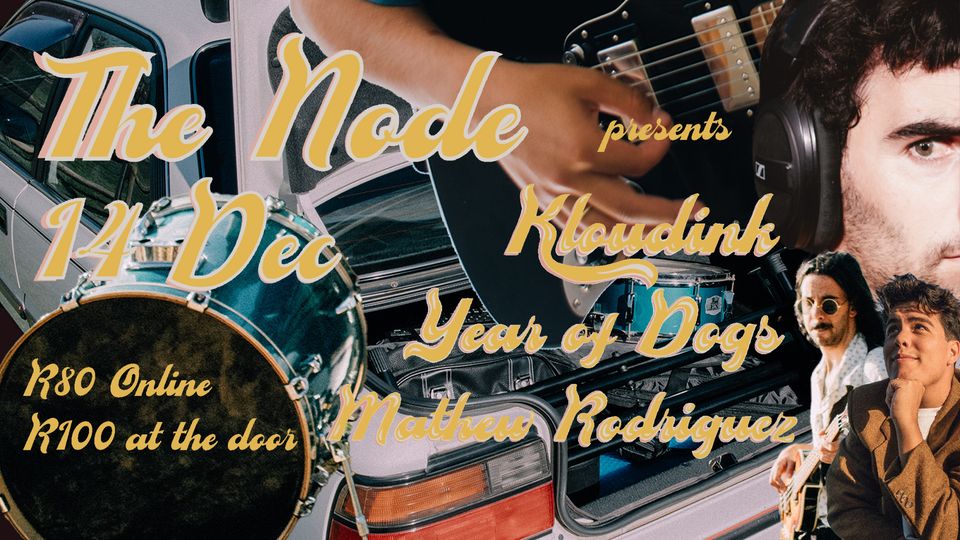 Snobs Coffee will be open serving hot drinks and treats, The Mexican Bite will be serving delicious food and drinks can be bought from The Node Bar.
We look forward to having a soulful evening jamming to some indie songs under the glittering butterflies and milkwood tree.